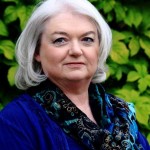 The Way You Do The Things You Do

Hi everyone! Today I’ve got Steve Liskow on the blog talking about learning about process and structure.

When I first started writing seriously, I followed the conventional wisdom that you had to write every day. Some people said you should set a word goal, too—in Stephen King’s case, two thousand words.

I tried that for about five years, no matter how I felt and no matter how good or—in most cases—how bad they were. At the end of that time, I could sit down at the desk with a pencil, fountain pen, crayon, or a keyboard, and produce words on command. If they weren’t great, I could make them better.

That’s how you learn to write words. People don’t tell you that it’s also how you learn your own process. Do you need to outline or not? Do you start with a character, a situation, an image, or an evocative line? How and when do you revise?

Nobody mentions that in addition to learning how to write, you’re learning what to write. I used to get an occasional student who hated to write long work, but produced such evocative images that I suggested they turn to poetry. Some people adore description so much that they can kill a story before it gets off the ground, but their love of detail helps them write excellent technical journals. And we’re all such narcissists that it seldom occurs to us that nobody would want to read our memoir unless we really DO find the cure for cancer.

Since I grew up in a realm where history (my father’s love), mystery (my mother’s passion) and the so-called Great Books all held sway, I didn’t even realize a hierarchy existed for years. My first attempts at mystery were a little on the literary side (and terrible), but I was always comfortable in the form and found that I could produce pages without too much trouble. My high school honors English (and later teaching English) meant I knew the mechanics of the language well enough so I could treat revision as a technical exercise. The big problem for me continues to be structure, but I’ve found writers who can show me the way.

Find someone you enjoy reading—contemporary, please, nobody will buy Thackeray now—but who doesn’t deal with your chosen subject matter. Write out a few pages of their stuff longhand to get the rhythm into your own ear and muscles, and then go wild. I’ve looked at S.J. Rozan’s Absent Friends (among others) for structuring, but you’ll probably never notice it. I often use present tense because I saw Don Winslow use it to inject energy into a story. Kate Atkinson and Laura Lippman use literary or pop allusions to make a point. Dennis Lehane, Lynne Heitman, and Karin Slaughter treat their characters badly and raise the stakes to the stratosphere. I’ve recently discovered Mo Hayder’s way of continuing a subplot in one novel as a larger plot in a second book. I can learn from that.

Cindy here! Thanks, Steve! It’s true, they don’t tell you any of that when you’re first starting. Hmm. If I want to sell like Stephen King I’m going to have to up my daily word count. 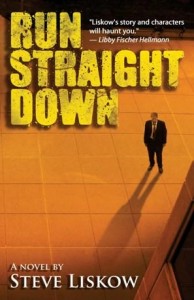 Steve Liskow is a former teacher, director and actor and holds graduate degrees in both literature and theater. His award-winning short stories have appeared in Alfred Hitchcock Mystery Magazine and several anthologies, including the MWA collection Vengeance, edited by Lee Child. His four crime novels take place in Connecticut, and Run Straight Down, released two weeks ago, concerns a shooting at an urban high school. For more about Steve and his writing, visit http://www.steveliskow.com