How to Develop a Gripping Character

Welcome back to the blog! Today I have Laurel S. Peterson talking about creating characters. 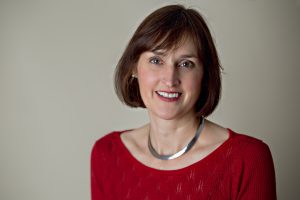 Many ways exist to develop a good character, and I imagine each of you has your own favorite way. I like to start with an exercise I got from Elizabeth Eslami, the author of the short story collection Hibernate and the novel Bone Worship. Liz suggests writing for twenty minutes, beginning with All s/he wanted was….

This opens up an initial character desire—chocolate ice cream, maybe, or a new Porsche, or a trip to the Seychelles. Then, Liz says to write for an additional twenty minutes to figure out where that desire originates. Did chocolate ice cream remind the character of the last day he spent with his mother before she died, when they watched the ducks and he bought her a chocolate ice cream that dripped down the front of her blouse? Or maybe the new Porsche would finally make him a viable candidate for marriage in the eyes of his socialite girlfriend.

Everything in the story can connect to that desire. Desire propels us to action; if he wants a Porsche to get the girl, then he needs a good job. What skills or evil manipulation should he employ to get that job? Who stands in his way? Why doesn’t that person, maybe the son of his employer, want him to have the girl, the job, the car? Does he want the job for himself, so he can become company president? Does he also want the girlfriend—because she is beautiful? Because she is perfectly placed in society to advance his own plans for… a house in the Seychelles? Because what he really wants is to sell this company and retire early to play professional tennis?

This set of conflicting desires leads to theme. Does greed drive both these men? If so, how can the writer develop that theme? Maybe the girlfriend is also driven by greed, but greed for attention or beauty products or a personal shopper at Bloomingdale’s. Can the writer portray the setting—Wall Street, Montana oil country, Hollywood—in such a way that the reader sees greed everywhere: in the contrast between chauffeur-driven cars and guys with pedi-cabs, between women buying farmer’s market vegetables and men diving for food in dumpsters. All elements of a story can be used to reinforce a character’s internal state.

My protagonist Clara Montague, from my new book Shadow Notes, is driven by her need to understand the origins of her psychic gift. To do that, she needs to understand her mother, a mother who has always shut Clara out. But now, there’s been a murder, and if Clara can’t get her mother to talk to her, they may both end up dead. Greed definitely informs my book; prying into someone else’s griefs and past can be greedy, and Clara’s determination to own that information about her mother is mirrored in other’s characters’ greed for power and information.

We are driven by needs and desires. Why are so many of us sitting in front of our computers writing novels? What do we want that to bring us? Is it money? friends? a sense of competence or success? We can’t always name those motivations clearly for ourselves, but when it comes to our characters, the better we know what’s going on under the surface, the more we can employ those motivations to make our characters come alive on the page. What tools do you use to bring your characters’ motivations to life?

I’d love to hear from you, and good luck!

Shadow Notes will be released by Barking Rain Press on May 17!

Thanks for this suggestion. I like the exercise and will try it with my next story.

Behind the mask – with Cyndi Faria

Today I have Cyndi Faria on the blog talking about the relationship between characterization and theme. And wow, what a post. You’ll learn a lot so make sure you read it thoroughly!

I’d like to thank Cindy Carroll for having me guest post today on the relationship between characterization and theme. Starting with characters, do you base them off someone you know well? A grumpy yet sensitive, grandfather? An overbearing yet teary mother? A supportive yet critical girlfriend? A heroic yet possessive fireman?

Characters that feel real are complex, often embodying both good and bad traits. The question is, what is a person’s true and dominant personality? Sometimes it’s difficult to know at first, but this is what makes getting to know a character in a story so much fun.

What I’ve discovered, and I’m sure you will agree, is that people hide their fears and desires behind a mask. This mask is generally a defense mechanism born out of fear. It is what a character presents to the word because he is protecting himself from pain. At the beginning of a story, we are often not seeing the person on the inside that is hurting and starving for love and release, but a shield.

How to break through?

As a romance writer and blogger on the craft of writing (www.cyndifaria.com), I love writing tips and helpful cheat sheets. So when I discovered the Enneagram’s Nine Personality Types, I stumbled on a method for creating three dimensional characters the easy way. I no longer had to pretend to understand how a person would feel on the inside. The Enneagram details the truth behind the mask and suggests a central theme that will tear away this mask. A person’s personality is constant once established. However, it can swing between unhealthy (flaws) and healthy (strengths).

For example, a Personality Type Three is called an Achiever:

By rephrasing the backstory and desire, the writer can create a central theme that drives each scene: Success is measured by self-acceptance and benevolence.

Below, I’ve deconstructed A Christmas Carol for further study.

Truly, the Enneagram can benefit writers by spelling out personality attributes and themes, thereby removing the mystery of character development. To learn more about the other eight personality types, visit www.cyndifaria.com/more-than-skin-and-bones-characterization.

Read on for a storybook example of an Achiever:

A Christmas Carol, by Charles Dickens

Backstory: Ebenezer Scrooge grew up at a boarding school believing his cruel father didn’t want him. At school he had friends who loved him and he was tender and innocent. However, during Christmas, when the other children left for break, he remained at school. Year after year, loneliness and rejection broke his heart. As a young man, he fell in love, but soon greed of status stole his passion for love. His fiancé broke off their engagement. After, he rejected anyone who attempted to have more than a business relationship with him. He told himself relationships were risky, painful, and cost too much. Because of his backstory, he based his self-worth on achievements. He became obsessive and attempted to ruin other’s happiness. Christmas became Bah Humbug and a wasted day’s pay.

Fear: To be worthless, forgotten, especially at Christmas

Desire: To have value.

Lie he’s told himself: Emotions are obstacles that lead to success.

Theme: Redemption is found in benevolence and we have the power to change the future, regardless of the past. Self-worth is measured by loving relationships and not possessions and status. A worthy legacy is earned through self-acceptance and benevolence.

Dickens attempts to prove the theme true. In each stanza below, he shows Scrooge how his lie has deformed his strength of benevolence into greed and selfishness. Scrooge is shown how a monetary legacy (Marley’s Legacy) is soon forgotten, but one of charity (Tiny Tim’s Legacy) lives on.

Tipping Point: Marley gives Scrooge a glimmer of his eternal future, strapped to chains and ledgers and deeds: a destroyed man who can’t see past his addiction, money. Scrooge is shocked, horrified, but falls asleep.

Christmas Past Ghost 1: Scrooge’s first ghost shows Scrooge in happier times, when he was a boy, tender and innocent. However, quickly these joyous feelings recede when feelings of abandonment and loneliness overwhelm him. This is especially true regarding his feelings of rejection from his father. But just as his father cast him out, he too casts away others. He recognizes the similarities between himself and a man he hated. Lastly, he’s shown what his future with his ex fiancé, now remarried, might have been if greed hadn’t corrupted his loving heart. Scrooge actually sobs as his emotions leak through. But reestablishing the walls around his heart, his defense mechanism, he rejects the first ghost’s message.

Christmas Present Ghost 2: Scrooge’s second ghost shows him how his greed and lack of benevolence affects others in the here and now. His clerk’s son, Tiny Tim, is very ill because of the meager wage Scrooge pays Bob Chratchit. However, there is tremendous love and support within the impoverished family, something Scrooge longs for desperately. When visiting his nephew, Scrooge hears talks that he is a lonely miser, but his nephew professes his love for his uncle regardless. This softens Scrooges heart. His walls begin to break. He ponders the suggestion of free will and his choice to love again. But these emotions scare him. Detachment and machinations are painless. Emotions vulnerable.

Christmas Future Ghost 3: Scrooge is guided by the ghost to the future. He sees the empty seat in Bob Chratchit’s home as Tim has died. However, the memory of Tim is alive. He’s not forgotten, but remembered every day because of his charitable ways. Scrooge is then taken to his funeral lunch, where businessmen contemplate attending if lunch is served. Back at his home, his charwoman steals his belongings. Finally, when Scrooge is appalled and ashamed of his greed, when he realizes nobody cares about him, the ghost brings Scrooge to Scrooge’s neglected gravesite. There, at his most vulnerable condition, beat down, the walls of his heart shattered, he realizes greed has made him calloused and ugly and unlovable. Greed has robbed his heart of compassion. And if he doesn’t change his ways to be more “Tim-Like,” he’ll become a man chained to eternal doom, like his coworker Marley.

Waking on Christmas morning to love and joy in his heart, he realizes he doesn’t need things to make him happy. He needs people. He chooses to let his benevolence shine and earns the reputation of a man who embodies Christmas.

Therefore the theme detailed above—Redemption is found in benevolence and we have the power to change the future, regardless of the past—is proven true.

Thank you so much for sharing with us today, Cyndi. Cyndi is pre published and actively blogs on the craft of writing. She has served as an RWA chapter president in both 2011 and 2012. Folks, don’t forget to visit Cyndi at her website: http://www.cyndifaria.com/ and follow her on Twitter: http://www.twitter.com/cyndifaria