4 Ways to Brand Your Hero

Welcome to the GWN blog! Today we have Cyndi Faria talking about branding your hero! 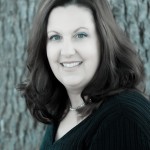 Cindy, thank you for having me guest post for Guelph Write Now. As always, I’m excited to be here!

Over the past month, I’ve been paying special attention to how writers, whether in books or movies, brand their heroes. This marking happens around the halfway point and can be presented in the following ways:

The above methods are used to remind the reader, and main character, of the theme, inner conflict, and the fear/path the main character must overcome before they can move into essence and defeat the villain.

To highlight by example, I’ve chosen several movies below:

Kitai Raige wants to be a fearless Ranger, like his father Commander Cypher, but Kitai’s emotions keep getting in the way of his advancement. He joins his father on his father’s final mission, but the ship is struck by asteroids, leaving the two stranded on the uninhabited planet Earth. However, Cypher is badly wounded and must convince his son he has the power to overcome his fears and save them both.

About the 50% mark, Kitai arrives at the falls overlooking a great expanse. Because of his emotional reaction to the treacherous environment, he’s used up valuable resources, and his father tells him to return to the ship. Kitai is not willing to give up. He blames himself for his sister’s death and for his father’s estrangement from the family. After an emotional breakdown, he questions his father, saying “You wouldn’t treat your Rangers this way.” His father shoots back: “You’re not a Ranger.”

Only by accepting who and what he is—a kid who doesn’t really want to be a Ranger—will Katai forgive his father, overcome his fear, and save both from death.

Indiana Jones and the Last Crusade:

Indiana is searching for his father. They’ve had an estranged relationship. His father still sees Indiana as a careless kid and Indiana wants to be seen as a man.

Around the 50% mark in the movie, Indiana, using his whip, swings out one window and crashes into another only to be hit over the head with a vase. His father is holding the broken vase when he realizes he’s hurt his own child. He exclaims, “Junior!”

In this way, both physically injured and verbally named (Junior), we begin to understand the relationship between father and son and what must change. The father will show he’s more childlike and Indiana will prove he’s no longer a child.

Waking as an amnesiac, a man is searching for his identity. He’s short tempered and emotionless and learns he resembles a wanted man, Jake Lonergan, which he denies.

Around the 50% mark, Jake is inside an upside down paddle boat in the middle of the desert. And aliens exist. Under a stream of rain, he removes his shirt to reveal a wound he has no memory of receiving. He believes the wound was inflicted by one of the aliens. A beautiful and mysterious woman, Ella Swenson, has been following him. She tells him the answer to finding peace lies within. By reinstating the theme of the movie, Jake begins to move into essence and we start to see the softer side of Jake. However in the next scene, Jake and his group are ambushed by outlaws. The outlaws call him boss and confirm Jake is a wanted man.

Man on a Ledge:

The movie opens with a man on a ledge of a New York skyscraper. Through the first half of the movie, the police are trying to identify him and we know something is up. Lydia Mercer is the detective in charge of talking him down. They share a cigarette and she hands off the butt to her ally for DNA identification.

About the 50% mark, she sticks her head out the window and says his name—Nick Cassidy. She marks him as a fugitive for all of New York to target. Now we know the reason he has escaped from prison—to absolve his family name and bring the men who put him in jail to justice.

Next time you’re watching a movie or reading a book, look for similar ways the writer has branded their hero.

Thanks for being here today, Cyndi. This is some great information. I will pay more attention when watching movies and see if I can spot how the writer branded the hero.