« It’s a puzzle
The Happy Hooker »

Hi everyone! Welcome back to the GWN blog. Today we have Lyncee Shillard talking about subplots!

Most writers don’t have a problem coming up with the ‘bare’ bones of a plot – something happens, it’s resolved. Nice and neat but will only result in about 100 words.  The hard part is developing valid subplots. Not just really cool subplots that don’t move your bare bones plot or contribute to your main character’s growth (those have to go into the ‘cool subplot’ file).

What makes a ‘good’ subplot?  A subplot must fit into two slots to stay. Some authors live by the rule if a subplot can be taken out and your bare bones plot doesn’t fall apart it should be cut.  I believe a good subplot can involve your main character’s growth and not the bare bones plot and it would still benefit your story.

Bare Bones Plot ~ Jane finds a dead body in her apartment elevator. She falls in love with the victim’s brother.  They catch the killer.

Jane’s brother is arrested for a throwing rocks through a local gay bar. This adds tension between the hero and heroine because the victim was gay. So when Jane goes and bails her brother out, the hero views it as supporting her brother’s views. Then the hero learns Jane and her brother grew up in foster care. Now the plot would chug along fine without this thread but it adds conflict between the hero and heroine and reveals a piece of Jane’s character – while she is appalled at her brother’s actions she can’t abandon him like their mother did.

The victim is a relapsed gambler. Was he killed for his gambling debt? No but this makes a valid subplot (the investigation) as a red herring.

The building is being bought out and will be torn down. Unless the victim’s murder is directly related to this it won’t add to your plot. Yes Jane will be stressed about having to find a new place to live but it doesn’t add to her character like the brother’s arrest.

Remember subplots can’t just add pages and characters. They need to reveal something about the main character or add a piece to the bare bones plot.

Thanks for stopping by!

Kick Start is my lastest release ~ 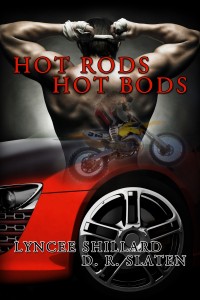 Jada Anderson had known from the beginning it would only be a three week hook-up. Nothing more than twenty-one days of great dirt bike riding, nights spent drinking bat bites, and making awesome love. So she left without a word on the twenty-first morning.

Dezmond Blance has the chance to take his career as a motocross rider to the next level. He’s been invited to compete for a spot on one of the national top ranked teams. After a great ride, he’s ready to celebrate but he’s missing one thing – the woman who stole his heart weeks earlier.  To his surprise Jada is there to congratulate him.

When he wakes the next morning to find her gone, he thinks she’s done another vanishing act until his mechanic’s wife comes up missing to.  Now both men must race to find the women they love before the next try-outs.

Thanks for being here, Lyncee! Great post on subplots. I will keep these points in mind when I’m writing.